Festival celebrated for the remembrance of deceased people.

Gai Jatra is the joyous festival mainly celebrated by Hindus of the Newars community. The word Gai Jatra gives the meaning as Gai means “cow” and Jatra means “street festival”. It is also known as Sa paru (सा पारु). The cow (Gai) is considered a sacred animal in Nepal and is also regarded as the national animal. The cow also refers to the goddess of wealth which also symbolizes life continuance, mother earth, nurturing and guiding the deceased soul to the way of heaven. Gai Jatra is the festival of cows that is celebrated for the remembrance of deceased people. It is the time to remember the deceased one for eternal rest to their departed soul and to rid them of their pain.

Gai Jatra plays an important role in religious life and country. On this day, people are allowed to pass their words through messages, jokes, and proverbs to prevent corruption and an unproductive system. It also creates a strong bond among the whole community through masked dancing, comedy act, singing, laughing, and other religious acts. Decoration, costumes, and cows are an important part of the day.

Gai Jatra is known as the festival of the cow. It is also the festival to overcome grief and sorrows. There is a belief that the Gai Jatra started in ancient times when people had excessive fear of the god of death “Yamaraj ” which led to People worshipping him. But in the modern period, the tradition of Gai Jatra started with the sudden death of a prince during the Malla dynasty around the 17th century. During the death of the prince, his mother suffered from unbearable pain and misery. From that day, the queen doesn’t eat, sleep and speak properly. The king could not see his queen dying mentally and physically. The king tried all his effort to improve her health but all of his attempts failed. Later, the king came up with the procession (an event) in which people who have lost their beloved one and suffered from a great loss can participate for eternal rest to the deceased soul. The king told everyone to wear colorful and funny dresses and freedom of speech where one can dance, joke, celebrate, sing and cherish the moment they had with each other. Then, the procession made the queen realize that she was not the only one who had lost her loved one and was suffering from such a loss. At last, she realized that “death is an unavoidable and bitter truth of life”. From that day, the health of the queen got improved and started to find happiness in small things which made the king overwhelmed with happiness and started the tradition of Gai Jatra annually as a tribute and cherishing the moment people had with the departed soul.

How is Gai Jatra celebrated?

Gai Jatra generally falls on the month of Bhadra which is proportional to the English calendar (Aug – Sep). This religious festival is observed by Hindus. It is celebrated in various places like Kathmandu, Patan, Bhaktapur, Lalitpur, Kritipur, and other places. The festival celebrates death as a part of life. It allows people to realize and be aware of the universal truth of life which is death. This festival is generally observed for eight days but only the first and second day is important. It is said that the cow guided the soul during Gai Jatra which the cow leads the procession. Sometimes, one cannot afford it and dress a child with a cow mask. The Newars community also creates puppets of cows out of bamboo to parade around.

On the first day of Gai Jatra, cows are bathed and worshipped. After that, they put on a tika and the cow procession starts around the city in the memory of deceased members of the family, for the first half of the day. Various traditional and cultural programs like singing, dancing, humor, jokes, etc. will be conducted during this festival.

On the second day, people observe Mayata (meaning rebirth, a Buddhist festival) where they will visit all monasteries (vihara) orderly. The follower offered various things and lit the lamp on the way. After the procession has ended, the rest of the day is celebrated with joyful dance, drama, singing, entertainment, and other street performances.

Other Festivals Celebrated by Newar 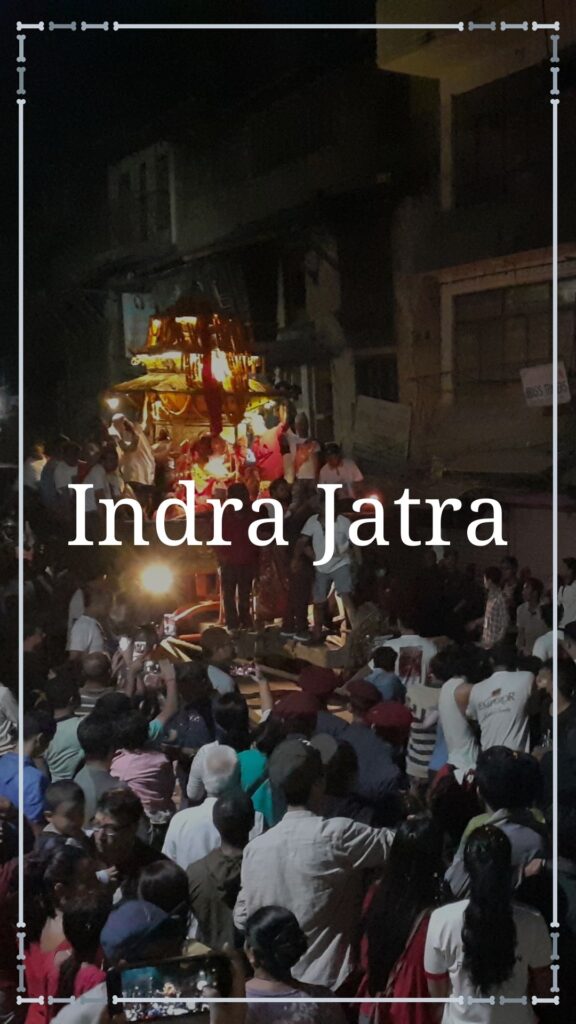