The festival marked the beginning of the farming season.

Ubhauli Parva is the annual festival that originates from the Kirant communities. This festival is celebrated by Rai, Limbu, Sunuwar, etc. around the world. The word “Ubhauli ” means going up whereas “Udhauli ” means going down. They both are the two main festivals of Sakela. Sakela is a dance that is performed during festivals. Generally, Ubhauli Parva falls in the month of Baisakh Sulka Purnima (April – May).

This festival inspired many people of different races and cultures including our past president, Dr. Ram Baran Yadav, and prime minister, Sushil Koirala. Udhauli Parva brings people together and also spreads the sweet aroma in a pleasant environment. Ubhauli Parva helps in preserving the natural beauty, art, and culture of our country which also marks the beginning of the migration phase of birds, fish, etc. from lower levels to high hills as the summer approaches. Usually, this festival is the beginning of the farming season. Traditionally, during summer Kirat people used to move uphill which helps to avoid excessive heat and serious diseases like Malaria.

Story and Myths behind Ubhauli Parva

According to the mythology, The Kirant communities are always indebted to the Paruhang and Sumnima for formulating and training them with special skills in agriculture. The story goes before the marriage of the gods of the Kirants, Sumnima, and Paruhang. One day, Paruhang came to the earth from heaven and saw a beautiful Sumnima on earth and fell in love at first sight. He made an alluring dazzling comb and sent it to her for a wedding proposal. After marriage, they had four children. As time passed, Paruhang left Sumnima in the mud hut on the bank of Dudh Koshi river and did not return for a long time. One day, while searching for food for children, she found a creeper growing a stone. She tasted the creeper and found it full of energy and joyfulness she made a Buti (religious locket) from that creeper. One day, Paruhang returned suddenly. It is believed that the Buti encouraged everybody who saw it to speak the truth about their life. Sumnima gave that Buti (religious locket) to Paruhang. With the help of Buti, Sumnima came to know about how he had spent all this time meditating and traveling around the whole universe. From that day, Paruhang promised not to leave her again. After that, Sumnima dances with joy and happiness which is known as Sakela dance.

Historically, after performing the ritual practice of Ubhauli, the Kirantis go up to the hills in summer to avoid the heat and diseases like malaria. During these rituals, they worship their ancestors and mother nature for the prosperity of wealth and crops. These rituals are performed in the same way these days too in the remembrance of ancestors. However, there is less practice of ascending upward and descending downward during summer and winter. The main occasion of this festival is Sakela Ubhauli dance and traditional rituals and dance. The dance style which is also known as sili depicts the different perspectives of the human bond and life with nature. Chula puja (Chula is the kitchen which is the source of food and soul) starts with the dancing ritual. Nakchhong (priest of the Kirat people) is the main leader of the ritual, which is performed with a sacrifice of hen in a holy place which is known as Sakela Than which is often situated under a tree. After the fulfillment of the pooja, Nakchhong gives a sign to start the dance with the beat of a traditional musical instrument (Dhol, Jhyamta and Madal, etc.)

Other Festivals Celebrated by Kirats 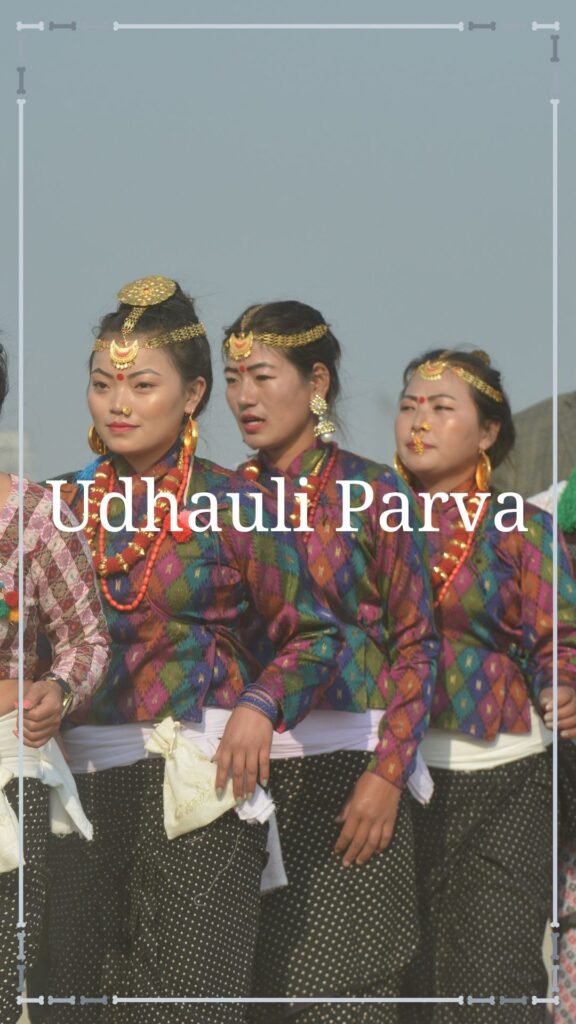